When you’re running your SaaS business, dealing with a huge glossary of financial terms daily, it’s to be expected that you might occasionally get two terms with similar meanings mixed up. You might confuse your deferred revenue with your fulfilled revenue or with your backlog, for instance. They’re easy mistakes to make, but they can have serious unintended consequences for your business.

The difference between revenue expenditures and capital expenditures is another example of two similar terms that are easily mixed up. Understanding how each should be tracked can mean big savings over time and should be a firm part of your accounting strategy.

What is a revenue expenditure?

For example, if Company A spends $1,000 per month on updates for a key piece of software used by each team member each month, then the $1,000 is a revenue expenditure in Company A’s monthly financial statement. If Company B has to spend $400 per month on raw materials for its production line, then that $400 counts as a revenue expenditure for that month as it documents cost of the asset.

Furthermore, the full price of both examples ($12,000 and $4,800, respectively) can be deducted from each company’s taxes the year they pay for the goods in question.

Everything your company buys that is not a fixed asset falls under revenue expenditure, from new desk stationery to building maintenance. Revenue expenditures like those below are reported on the monthly revenue bill against that expense period’s (week/month/quarter) revenue.

Any expense that recurs consistently over a given time is a revenue expense. For example, any maintenance costs to a building owned by your company are revenue expenditures.

Brian Greenberg of True Blue Life Insurance mentions "anything from software for business to meals for your employees should be categorized as an operating expense."

Certain productions costs, such as the overall price of goods or the subscription payments on development software, also qualify as operating expenses and can be reported as revenue expenditures.

Revenue expenditures tend to be small. In some cases an accounting department may choose to impose an internal threshold limit for revenue expenditure—anything above a certain price will be treated as a capital expenditure and will be expensed as such.

These small costs will be listed as expenses in the current accounting period and will offset against revenue immediately.

Revenue expenditures expense in the current period, or shortly thereafter, and are consumed within a very short time. After this, they will bear no further effect on your expenses, unless they recur, in which case each separate recurrence is expensed separately.

Capital expenditures (CAPEX)—any outlay made by your company to procure fixed assets, such as the long-term use of machinery or property—are assumed to be consumed over their useful life and are expensed gradually, via their depreciation value. Company B’s brand-new research facility, for instance, would be a capital expenditure. The costs of running the machinery in it, on the other hand, would be revenue expenditures.

Depending on the type and price of machinery in question, the cost of buying those machines would be either revenue or capital expenditures. Long-term-use machines, or machines that are much more expensive, would come under the capital bracket; anything else would settle as revenue expenditures.

Revenue expenditures are usually less expensive than capital expenditures, small enough to be expensed against a shorter revenue period.

Capital expenditures involve larger monetary amounts that are too large to be expensed against a shorter revenue period. They were purchased because of their long-term benefits of growing a company or generating profit.

Types of revenue and capital expenditures

An example graph showing Company A’s revenue expenditures for June 2019. For the purposes of demonstration, we’ll say that the company implemented a revenue expenditure threshold of $5,000; anything above that is expensed differently. As you can see, its revenue-expenditure tracking includes expenses that are rounded, and, in all likelihood, recurring monthly ($5,000 on advertising, $2,000 on insurance), as well as more as-needed outlays (a stationery haul or that bit of unforeseen HVAC on their building).

Because all of the following either create an asset for your company or reduce a liability, they are all examples of capital expenditures:

Without a proper understanding of the distinction between revenue and capital expenditures, not only can small expenses can fall through the cracks, but your understanding of your revenue will be incorrect and your taxes could even be wrong as well.

Getting this wrong could involve looping in financial analysts to fix and heft legal expenses in the long run. Keeping track of your costs correctly will tell you where you’re spending too much and allow you to assess where money is being spent effectively. And there are solutions that will help you do just that. 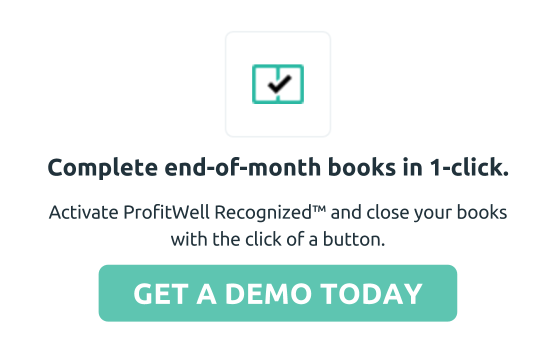